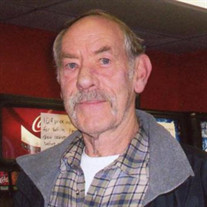 Stephen Reed Kelson, 81, passed away peacefully on March 22, 2021, at Utah Valley Hospital, surrounded by his wife and children. Reed was born on January 24, 1940, in Provo, Utah, to LeRoy and Madge Durnell Kelson. Although he completed his education in Provo schools, he gained an abundance of knowledge through his perseverance, determination and motivation of self-education. He was able to repair and build anything and was a willing teacher to anybody who asked. He loved to share all that he knew and could often be found helping others. He married Lois Campbell on November 7, 1958 and they later welcomed 6 children throughout the years. They raised their family in LakeView on Geneva Road in a home they built themselves. As an eight year old, Reed had a paper route and then later at the age of 12 worked at Ferguson’s Bike Shop throughout his teen years. In 1959, Reed began working alongside his father at Roy’s Bike Shop for 10 years; he later retired from Sears after working as a Service Technician and Service Manager for 30 years. Never a man to sit still for long, he owned and operated Combos Convenience Store for 20 years until closing the doors for the last time in 2014. He lived his entire life in Provo and had no desire to live any place else. Reed is survived by his wife, Lois, and their four children, Laurie Lloyd, Allen (Jaylene) Kelson, Michael (Cyle) Kelson, and Wendy (Jesse) Kinsey. As well as 12 grandchildren and 14 great-grandchildren. He was preceded in death by his son, Steven Terry, daughter, Jodi K. Waters, parents, and 2 brothers. Funeral services will be held at 2:00 p.m., Saturday, March 27, 2021 at the Berg Drawing Room Chapel, 185 East Center Street, Provo, Utah. Viewings will be held at the Berg Mortuary of Provo, 185 East Center Street, Friday, March 26 from 6-8:00 p.m. and on Saturday from 12:30-2:00 p.m. prior to services. Interment, Eastlawn Memorial Hills. Social Distancing and Masks are required. Condolences may be expressed to the family at www.bergmortuary.com.

Stephen Reed Kelson, 81, passed away peacefully on March 22, 2021, at Utah Valley Hospital, surrounded by his wife and children. Reed was born on January 24, 1940, in Provo, Utah, to LeRoy and Madge Durnell Kelson. Although he completed his... View Obituary & Service Information

The family of Stephen Reed Kelson created this Life Tributes page to make it easy to share your memories.

Send flowers to the Kelson family.