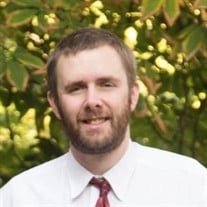 Steven Joseph Black left his mortal existence quietly just as he lived his life, a gentle and quiet hero. Steven passed away in the wee hours of the morning December 6, 2017. Steve was born January 2, 1981 to Joseph K and Mary Kathleen Geslison Black. He was educated in his early years in West Valley City and graduated high school from Murray High in 1999. After high school Steve served a mission for The Church of Jesus Christ of Latter-day Saints in the Billings Montana Mission. He loved those whom he served and grew to love all things country, including music. He returned home and learned the art of drywalling from Tim Zeller who became a valued friend. This paid for his studies at Utah Valley University; there he received a bachelor’s degree in social work in 2008. It was around that time that he met the love of his life Nalea Cancilla. After a wonderful courtship they were married September 20, 2008 in the Salt Lake City Temple. They then welcomed 4 lovely children to their home: Makena Leilani (8), Lily Malia (6), Joseph Kali'i Byron (4), and Kristjan Koa (3). Steven loved his children with all his heart and had a deep yet playful relationship with each one of them. Steven was known for being a driven and hardworking man. He worked hard to earn his graduate degree while raising his young family and in February 2014 he succeeded, earning a master's degree in mental health counseling from the University of Phoenix. This degree allowed him to begin his career as a youth counselor at Valley Behavioral Health/ARTEC, followed by two years of being a child therapist at Valley Behavioral Health. Steven had a loving heart, and was a talented, caring, and sought-after mental health professional. Steve never went too long before he had a drywalling job. Drywalling was in his blood and he took great satisfaction of a job well done. Steve was witty and intelligent. He had a sincere testimony of The Church of Jesus Christ of Latter-day Saints. He was a peacemaker, and made others happy with a kind spirit that gave optimism to others. Steven and Nalea worked hard on their marriage. They knew Temple marriage is worth never ceasing efforts; this effort resulted in a deep and abiding love for one another. Their parting, though heartbreaking, is only temporary; for their love and marriage are both eternal. Steven is survived by his loving wife Nalea and their 4 children, by his parents Joe and Kathy, four sisters and two brothers; Roshannah Kathleen Funk (Darren), David Ammon Black (Misty), Danielle Ilene Neiswender (Steven), Kristjan William, Meghan Hope Edwards (Kirk) and Brittany Faith (Charlie) and many nieces, nephews, uncles, aunts, and in-laws who also loved him dearly. He is preceded in death by his sister Jami Sue, maternal grandparents Byron and Melva Geslison, paternal grandparents Woodrow and Afton Black, and Uncle Allen Geslison. Funeral services will be held at 11:00 a.m., Wednesday, December 13, 2017 at the Autumn Ridge Ward Chapel, 4588 N. Eagle Mountain Blvd., Eagle Mountain, Utah. Friends may call at the church Tuesday, December 12 from 6-8:00 p.m. and Wednesday from 9:30-10:45 a.m. prior to services. Interment will follow at Pony Express Memorial Cemetery, Eagle Mountain, Utah. Condolences may be expressed at www.bergmortuary.com. The family would like to express their deep appreciation to the Utah County Sheriff’s Office, the Eagle Mountain Fire Department and Paramedics for their speed and professionalism with the services they rendered on the day Steve passed away.

Steven Joseph Black left his mortal existence quietly just as he lived his life, a gentle and quiet hero. Steven passed away in the wee hours of the morning December 6, 2017. Steve was born January 2, 1981 to Joseph K and Mary Kathleen Geslison... View Obituary & Service Information

The family of Steven Joseph Black created this Life Tributes page to make it easy to share your memories.