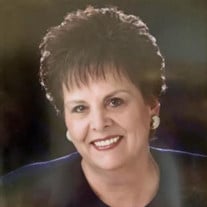 After a valiant 3-year fight against metastatic breast cancer, Susan F. Wright, 78, went back to her heavenly home. Her last days were spent with all 5 of her children and many of her grandchildren gathered around her bedside sharing memories,... View Obituary & Service Information

The family of Susan Faye Pettingill Myers Wright created this Life Tributes page to make it easy to share your memories.

After a valiant 3-year fight against metastatic breast cancer,...

Send flowers to the Wright family.