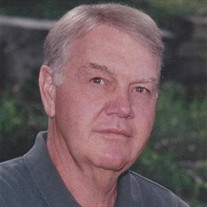 Thomas Harold Brown died of natural causes at his home in Provo, Utah, with his loving daughter, Elizabeth and his dear wife, Sheila by his side on December 17, 2015. He was born in Copperton, Utah on July 23, 1930 to Harold King and Emma Featherstone Brown. He attended Brigham Young University before serving a mission in France. There he developed a love for the French language and culture. Returning to BYU, he earned a major in French. He graduated with a BA in 1955. He also met, fell in love, and married Sheila Ann Dorius. They were married in the Salt Lake Temple June 30, 1955. They had a loving marriage for sixty years. Theirs was an enduring love where each placed the other first above all things. Encouraged by his mentors on the BYU faculty, he left for Champagne, Illinois. There he earned an MA in French Literature in 1957 and his PhD in 1960 also in French Literature at the University of Illinois. That same year, he became a professor of French at Brigham Young University. He remained at BYU for the duration of his career serving in many capacities from beloved teacher to administrator on multiple committees to chair of his department, and the Associate Dean of the Honors program. A captivating and well-loved teacher of language, he gathered his ideas into his first book, French: Listening, Speaking, Reading and Writing (1971, McGraw Hill). Of his many books, all went into multiple editions. An innovator in pedagogy and the possibilities for its enhancement with technology, he was the first to use tapes for students to better learn language in all its manifestations. His books included references to culture: opera, literature, food and cinema. Though best known for his language learning advances, he continued his scholarship in literature. The last decade of his career was dedicated to the study of francophone literatures. He gave papers around the world on the writings in Canada, west and northern Africa, the Caribbean and other French speaking cultures. Many of these papers were published in academic journals. He was a visiting professor at the University of Colorado, Boulder, and at the University of Arizona, Tucson, and he won a Fulbright scholarship to lecture Spanish-speaking students in English in the Canary Islands, Spain. He was an active member of The Church of Jesus Christ of Latter-day Saints and served in numerous callings throughout his life. He had a beautiful tenor voice and loved singing in his ward choirs and performing at services. He served in bishoprics and a stake presidency. His legacy as President of the France/Belgium mission from 1969 until 1972 continues. His missionaries continued to visit him throughout his life. A generous, loving and loved father, grandfather and uncle, he devoted his life to the happiness and wellbeing of his family. Though he outlived his siblings and parents, he continued to love them and share their lives with those who remained. We will all miss hearing him tell stories about his beloved brothers and sister and the devotion they all had for their parents and the hard work they endured for the family. He was the model of a loving patriarch. He taught his children to ski and, for those with the aptitude, golf. He golfed every day in his retirement, until health prohibited him from doing so. He loved seeing the beautiful Utah mountains, wild-life and changing seasons as much as the game. He also taught by example, the virtues of generosity, gratitude, honesty and peace. He was a kind and gentle man from whom we never heard a raised voice or mean word. We will miss him. Tom Brown is survived by his loving and devoted wife, Sheila and by his children: John Brown (Jolie Blanchard), Alison Leigh Brown (Eben Hewitt), Thomas Christopher Brown, Elizabeth Ann Brown, Michael Brown (Sherri Dayley), and his son-in-law, David Thomas whom he viewed as his own son. He is also survived by 13 loving grandchildren and 4 great-grandchildren, and by numerous nieces and nephews. He was preceded in death by his parents, his sister, his brothers and by his daughter, Emma Rebecca Brown Thomas. Funeral services will be held at 11:00 a.m., Monday, December 21, 2015 at the Hillside Chapel, 1900 North 1500 East, Provo, Utah. A viewing will be held at the Berg Mortuary of Provo, 185 East Center Street, Sunday, December 20 from 4-6:00 p.m. and at the church Monday from 9-10:45 a.m. prior to services. Interment will be at East Lawn Memorial Hills. Condolences may be extended to the family at www.bergmortuary.com.

Thomas Harold Brown died of natural causes at his home in Provo, Utah, with his loving daughter, Elizabeth and his dear wife, Sheila by his side on December 17, 2015. He was born in Copperton, Utah on July 23, 1930 to Harold King and Emma Featherstone... View Obituary & Service Information

The family of Thomas Harold Brown created this Life Tributes page to make it easy to share your memories.

Thomas Harold Brown died of natural causes at his home in Provo,...