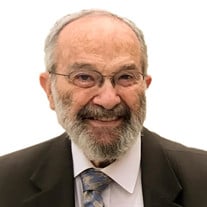 Thomas Cardon Lamoreaux (age 75) was born March 26, 1946, to Raymond W. and Lucy Cardon Lamoreaux in Mesa, AZ. Tom was the fifth of nine children. His family moved to American Fork, UT, when Tom was seven years old. Tom passed away quietly at home on Sunday, January 30, 2022. Tom was married to Sandra Kanniainen for 19 years. Their children are Marcie (Todd) Bills, Sunny (Darin) Brannin, Andy (Jennifer) Lamoreaux, and David Lamoreaux. After Tom and Sandra divorced, he met and married Paula Trewartha and was thrilled to have her children join his family: Drew (Joni) Trewartha, Sean (Laura) Trewartha, and Nathan (Christi) Trewartha. Tom and Paula were married for 31 years before she preceded him in death. Also preceding him in death are his parents; siblings: Billy (died as a child), Jack (Sharee & Eileen), Suzanne, Beverly (survived by Benny Hall), Pamela (Rick Thompson), and Mark Trewartha (son); and granddaughter, Brooke Trewartha. Tom is survived by his siblings: Carolyn (Drake Markle, deceased), Jim (Margo), and Allyson (Neil Hargrave); his children, 25 grandchildren including their spouses, 10 great-grandchildren, and numerous nieces and nephews. Tom completed his education in American Fork as well as graduating from BYU. In school, Tom was active in the sports of football, wrestling, and track. He excelled in music and loved to play the trumpet and sat in the first chair of the American Fork High School bands. He was a Sterling Scholar, receiving a music scholarship to BYU, where he was involved with several bands and music groups that played for dances and other events around Utah Valley. Tom was an active member of The Church of Jesus Christ of Latter-day Saints. He faithfully served a mission in France and held various positions throughout his life including four bishoprics in family and student wards, either as a counselor or ward clerk. His favorite calling was teaching the 12-year-olds in Sunday School. Tom and Paula completed a service mission in the Provo area where he taught the Addiction Recovery Program for six years. Tom’s latest calling was Ward Chorister. He spent many hours every week memorizing the words to the songs he led in Sacrament Meetings so he wouldn’t have to look down at the hymn book. Tom and Paula loved to travel with good friends and family. They visited many places around North and Central America, Europe, and Asia. Tom developed a love for acting and was in approximately 20 plays. He made lasting friendships with other cast members at Hale Center Theater, Scera Theater, Springville and Pleasant Grove community theaters. He was also in Savior of the World for two seasons and was an actor in the Church bible videos, where Zacharia was one of the characters he played. It was amazing to see Tom change personas to fit each of the varied characters he portrayed. Tom’s career included being a building contractor, and real estate agent and appraiser. Linda Allen was his devoted and trusted secretary/office manager for over 40 years. He was also a member of the Utah National Guard. Tom’s hobbies were woodworking, cooking, gardening, and collecting beautiful artifacts from many of the places he visited. He was a huge fan of BYU sports, especially women’s volleyball, and loved going to the symphony and plays with Paula. Tom was an excellent dancer and loved going to dances with Paula as well. In his earlier years he liked to go out treasure hunting. It was always surprising to see what he brought back with him. Tom was a wonderful and loving example to his family. He was quiet, reserved, and didn’t call attention to himself, but will always be remembered by everyone who knew him. Funeral services will be held at 11:00 a.m., Friday, February 4, 2022 at the Grandview 14th Ward Chapel, 1122 Grand Avenue, Provo, Utah. Viewings will be held at the Berg Mortuary of Provo, 185 East Center Street, Thursday, February 3 from 6-8:00 p.m. and at the church Friday from 9:30-10:45 a.m. prior to services. Interment will be in the Highland City Cemetery. Condolences may be expressed at www.bergmortuary.com. For those unable to attend the funeral in person, the following link may be used to watch a livestream of the services: https://zoom.us/j/99418823781?pwd=U05LWSs0eTJlNW9FSVNqVmQ3SzdVdz09.

The family of Thomas Cardon Lamoreaux created this Life Tributes page to make it easy to share your memories.

Send flowers to the Lamoreaux family.