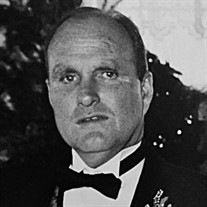 On the beautiful morning of Saturday, January 9, 2021, Todd Ripple was called home to his Heavenly Father at the age of 67 while hiking through the beloved foothills of his youth. Todd was born on August 29, 1953, in Provo, Utah to Wally and Lorraine Ripple. While growing up in Edgemont he learned to love the outdoors and became an accomplished hunter and woodsman. His hunting adventures spanned Alaska to Africa, earning him many noteworthy trophies. Several of these accomplishments have been published in magazines as well as books. He was an avid runner; in his youth Todd ran several miles every day. He competed in two marathons where he broke the coveted three hour time frame. Todd was the proud and dedicated owner and operator of Ripple's Drive In, which he took over from his father Wally in 1985. There he met Marilyn McCandless, who became his wife and has worked by his side at the business for the last 44 years. They were sealed together for time and all eternity in the Provo Utah Temple. All four of their children, and recently their 2 oldest grandchildren, had the opportunity to work alongside Todd and learn firsthand from his honest and hardworking example. Todd was the heart and soul of Ripple's Drive In. He loved getting to know all of his customers, many of whom have come back decades later with families of their own. Todd is preceded in death by his father Wally, and his two sisters Leslie Riggins and Sheila Kindler. He is survived by his mother Lorraine, brother Paul, twin brother Riley Ty, wife Marilyn, children Casey (Stacy), Alison, Scott (Amy), Bradley, Brodee, and his seven grandchildren: Kellis, Kyzer, Korver, Wrenley Taylor, Easton, Gracie, and Riley Ripple, whom he loved so dearly and considered the light of his life. The loss of Todd leaves an enormous void in his family as well as the community. Funeral services will be held at 12:00 noon, Friday, January 15, 2021 at the Suncrest 10th Ward Chapel, 90 North 600 West, Orem, Utah. Friends may call from 9:30-11:45 a.m. prior to services. Graveside services will be held at Eastlawn Memorial Hills. Covid guidelines will be observed. Condolences may be expressed at www.bergmortuary.com.

On the beautiful morning of Saturday, January 9, 2021, Todd Ripple was called home to his Heavenly Father at the age of 67 while hiking through the beloved foothills of his youth. Todd was born on August 29, 1953, in Provo, Utah to Wally and... View Obituary & Service Information

The family of Todd Ripple created this Life Tributes page to make it easy to share your memories.

Send flowers to the Ripple family.