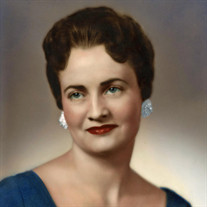 Born: June 3, 1935 Died: July 15, 2016 due to Alzheimer's disease. Vera was born on the family ranch near the town of Hamilton, CO to Lott Fernon Sanford and Violet Charlesworth Sanford. She was the tenth of eleven children born to her parents. Vera's family moved to California when she was very young and she attended school while living in the Greeley area, just west of Bakersfield. She graduated from East Bakersfield High School in 1953. While growing up, Vera developed a beautiful talent for singing, which she displayed in many church meetings, funerals and weddings. During High School, she worked as a secretary at the E.O. Taylor Accounting and Auditing firm. She worked there until June 12, 1959, when she married Richard Nelson Bagley in the Salt Lake Temple. They have resided in Provo, UT since their wedding. Vera worked for Mountain Fuel Supply until her retirement. In 1983, they moved to the River Bottom area of Provo, and have lived in the Riverside Ward since it was organized. Vera was called as the first Relief Society President in that ward, and served for five years. She served in two different BYU Stake Relief Society presidencies as well as her home Stake's presidency. Vera and Richard were called to serve, as a member of the Relief Society presidency and Branch President respectively, at the Courtyard at Jamestown assisted living facility. They served faithfully for seven years. After their service at Jamestown, they were called as temple workers in the Provo, Utah Temple. Vera is survived by her husband, Richard Bagley; brother, Delbert Dean Sanford; and sisters, Betty Kirby, Tess Johannes and Donna King along with all of her precious nieces and nephews. She was preceded in death by her parents; sister, Rada Christine Sanford; and brothers, Carlos Nathaniel Sanford, Lester Franklin Sanford, Vern Sanford, Vell Charlesworth Sanford and George Gilbert Sanford. Funeral services will be held on Friday, July 22, 2016 at 11:00 a.m. in the Riverside Ward Chapel, 3500 North 180 East, Provo, Utah. Friends may call at the Berg Mortuary of Provo, 185 East Center Street, Thursday, July 21, from 6-8:00 p.m. and at the church Friday, from 10-10:45 a.m. prior to services. Interment, Provo City Cemetery. Condolences may be expressed at www.bergmortuary.com.

Born: June 3, 1935 Died: July 15, 2016 due to Alzheimer's disease. Vera was born on the family ranch near the town of Hamilton, CO to Lott Fernon Sanford and Violet Charlesworth Sanford. She was the tenth of eleven children born to her parents.... View Obituary & Service Information

The family of Vera Ann Bagley created this Life Tributes page to make it easy to share your memories.

Send flowers to the Bagley family.