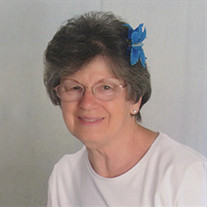 Wanda Reich passed away January 1, 2022. Wanda was the daughter of Boyd Sparks Jones and Wanda Ruth Chase, born on July 15, 1933 in Salt Lake City, Utah. She married Henry Hazel in 1953. After they divorced, she married Harry Benjamin Reich, the love of her life, on June 14, 1974. They were later sealed in the Salt Lake Temple on June 14, 2011. Wanda was creative, kind, and compassionate. She spent many years with Harry serving the children at both the Shriners hospital and also Primary Children’s Hospital as he entertained the children as Happy the clown. She also volunteered for many years at the Provo Senior Center teaching the porcelain figurine class where you could often hear “Don’t worry, Wanda can fix it”. She loved her students, both the ladies and the men. She was preceded in death by her husband Harry, her son Bill Hazel and three grandchildren. She is survived by her two sisters, Veloy Morgan and Lorna Davies; her children: Jackie Carter (Albert), Connie Nobles, Gary Hazel (Colleen), Toni Liscom (David), and Harry’s children: Candice Bingham (Craig), Donna Burrows (Karl), Harry Reich (Heather), Robin Hedley (Nicholas), and Rodney Reich. She also leaves behind 35 grandchildren and numerous great and great-great-grandchildren. She will be missed by those who loved her here but was met by so many she loved on the other side. A visitation will be held from 6-8:00 p.m., Thursday, January 20, 2022 at the Berg Mortuary of Provo, 185 East Center Street, Provo, Utah. Condolences may be expressed to the family at www.bergmortuary.com.

The family of Wanda Reich created this Life Tributes page to make it easy to share your memories.

Send flowers to the Reich family.