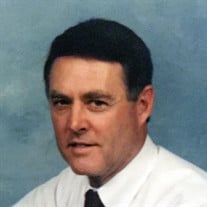 William “Bill” Joseph Dodds 1947 – 2017 William Joseph Dodds, age 69, peacefully passed away on the morning of Thursday, March 2, 2017 after a 3 year battle with dementia, leukemia and prostate cancer. Better known as Bill, he was born in Bedford, Indiana on May 26, 1947. Growing up in Campbellsburg, Indiana, Bill was an avid hunter and loved riding his family’s horses more than anything. He graduated from West Washington High School in 1965 and shortly after joined the Army where he proudly served all over the world for 4 years. Returning to Indiana, Bill married the love of his life, Fay Louise Spaulding, on September 1, 1969. Shortly after their marriage they moved to Provo, Utah where Bill would attend Brigham Young University and graduate with a Bachelors Degree in Microbiology. After graduating college, Bill's first job offers were in Florida where he worked in both Jacksonville and Chiefland, Florida for several years. He eventually ended up back in Campbellsburg, Indiana working for his father’s family business while awaiting a job offer in Utah where he eventually wanted to end up so he could enjoy the Utah mountains and desert. Once that job offer came, Bill moved his family to Utah in 1980 where he worked as a Microbiologist and Lab Director for the Central Utah Water Conservancy District in Orem, Utah. Shortly after moving to Utah, Bill reenlisted with the Army National Guard as a helicopter medic and proudly served his country 2 times in the Gulf War and Operation Desert Storm. Bill was a very proud American and loved serving his country. Bill retired from both the military and his position as Lab Director in 2007. Throughout his life, Bill always remained an avid hunter. He loved duck hunting and hunting big game in Utah and its surrounding states, as well as traveling to Africa on two occasions to safari hunt and many trips to Florida over the years to hunt wild boar. As much as Bill loved hunting, he loved his 3 grandchildren Draven, Hannah and Paisley more than anything. He was an awesome grandpa and loved to act like a little kid when playing with his grandchildren. Bill is preceded in death by his parents, George and Belva Dodds; daughter, Jennifer; son, Ryan; and siblings, Ritchie Dodds, Mike Dodds and Judy Vonnahme. He is survived by his wife, Fay; son, Anthony (Maegan); daughters, Angela and Amanda (Shane) and 3 grandchildren, Draven Hogue, Hannah Dodds and Paisley Gleave. Funeral services will be held at 11:00 am, Tuesday, March 7, 2017 at the Timpview 6th Ward Chapel, 1240 North 950 West, Orem, Utah. Friends may call at the Berg Mortuary of Provo, 185 East Center Street, Monday, March 6, from 6-8:00 pm and at the church Tuesday from 10:00-10:45 am prior to services at the Orem City Cemetery. Condolences may be expressed at www.bergmortuary.com.

The family of William Joseph Dodds created this Life Tributes page to make it easy to share your memories.

Send flowers to the Dodds family.